Use Lawyers For Motorcycle Accidents To Secure Easier Compensation 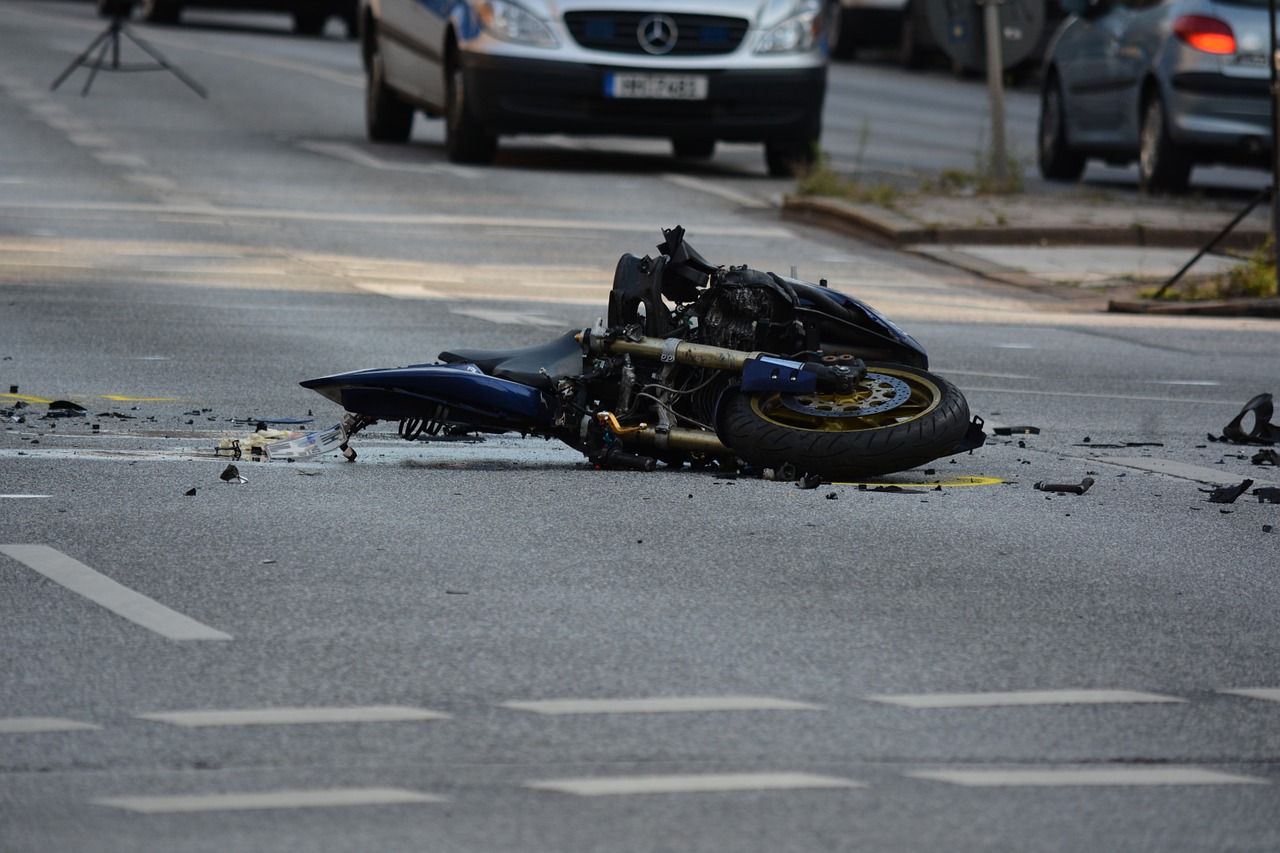 Similar to other types of vehicle accidents, such as car accidents , truck accidents , 18 wheeler accidents etc, It is rudimentary to seek the services of lawyers for motorcycle accidents when you’re involved in one. Even though some consider settling the matter without a lawyer, a majority still consider having a lawyer by your side necessary.

When To Seek Help From Lawyers For Motorcycle Accidents

When do you seek out lawyers for motorcycle accidents? It is worth noting that in such a situation, you want an experienced lawyer on your side. Bear in mind that insurance companies are always looking for reasons to make lesser compensation. Below are some of the reasons why it is essential to have a motorcycle accident lawyer.

For the above reasons, you should consider hiring a lawyer immediately. Most of the lawyers will handle your case on a contingency fee. It simply means that you can only make fee payments if settlement money is recovered.
On the other hand, there might be cost advancement associated with litigation in which you don’t pay any upfront fee.

The Cost Of Hiring Lawyers For Motorcycle Accidents

As you already know, there are no initial costs for hiring a motorcycle accident lawyer. If your lawyer can win your settlement, then his fee will be a percentage of that settlement. In case you’re wondering how much a contingency fee costs, it varies from lawyer to lawyer. It also depends on the details of your accident.

However, a contingency fee costs an average between 33% and 40% of the entire settlement. Also, in a situation where you file a lawsuit and the case moves to trial or where arbitration is required, the contingency fee is most likely to be higher than 40%. But if you need a lawyer for minor tasks and get your settlement earlier, they might charge a lower fee.

The settlement is always made by cheque and handed over to your lawyer. Your lawyer then deducts his contingency fee and sends you the remaining amount. So again, it is to ensure that the lawyer gets paid and you receive your settlement claim.
There are some potential expenses you’re bound to incur apart from the legal fee. When your lawyer is working on your case, such costs might be for;

Most lawyers will cover these minor expenses, but once you have been awarded your settlement, they deduct it before receiving the remaining balance.

Potential Causes to The Accident

Generally, this involves driving between two lanes. Some bikers will often do this in an attempt to beat the traffic. Riding in a tight space between cars due to the nature of the motorcycle is tempting. All it takes for an accident to occur; is a situation such as someone opening the door to their car.

Additionally, there are roads designed with a motorcycle lane. So, a motorcycle rider is entitled to this whole lane. No motor vehicle can never cross over to this lane. If an accident occurs because a car driver was occupying a motorcycle operator’s lane, the driver is held liable for the accident.

In the U.S, 43% of motorcycle accidents are caused as a result of intoxication. Operating a motorcycle requires skills other than driving a car, i.e., you have to maintain balance and do proper turn leaning. In addition, alcohol reduces one’s ability to react. So being drunk while riding a motorcycle increases your chances of getting injured than a person driving a car.

On the other hand, a drunk driver is also most likely to cause an accident. Many car drivers are used to dealing with fellow car drivers. So, gauging the speed and position of a rider might be difficult due to the motorcycle’s small size. An intoxicated driver means poor judgment hence the likely chance of a motorcycle accident occurrence.

The flexibility of motorcycles is what makes them appealing to their owners. Also, motorcycles can reach high speeds in a very short time. It might be challenging to cope with the physical changes in the road ahead, especially if you’re driving over the speed limit. Over speeding is the most leading cause of accidents leading to death.

More often, speeding cars are engaged in overtaking other vehicles. Since their default assumption is there is less likely chance of motorcycle on the other side of the lane, they will take this as an advantage to overtake. Because a motorcycle may not be readily visible moving towards the opposite direction, it will easily collide with the car. The accident might be fatal to the rider, especially if the motorbike was moving at high speed.

Other vehicles unexpectedly crossed the path of the motorcycle

Sometimes of vehicle drivers, such as other motorcycles, trucks, 18 wheelers, semi trucks, cars, tow trucks etc, just unexpectedly get in the way of the motorcycle thereby causing probably a severe accident, maybe even with a fatal result.

The state, county, private company that owns a certain road might have designed the road in a way that makes it unsuitable for driving certain vehicles. In such cases, it is on that company or organization to stand accountable for the motorcycle accident.

The statistics for motorcycle accidents is quite bad. You can read more about that here.

When it comes to compensation for motorcycle accidents, the severity of the sustained injuries and the extent of damages are critical determinants. Statistically, most cases begin where there is an attempt to reach a mutual agreement.
If the available options don’t work out without any formal agreement, the case may move to court. Once in court, there’s a most likely chance that the victim might be found at fault.

Statistics show that 90% of these cases are always solved before moving to court. About a fifth of the cases don’t receive compensation; the remaining 10% goes to court. It is because of the critical analysis of the evidence by the court.
Your likeliness to get compensation even if you’re the one at fault depends on how good your lawyer is. However, the average payout as per injuries is as shown below;

When seeking compensation, your claims must have solid backing by substantial evidence from the scene of the accident. The need for the evidence is because the negligent driver might refuse to assume responsibility. Also, their insurance company might be on the lookout for loopholes to ensure you don’t receive proper compensation.
To ensure your claim has a meticulous backing, you must collect all evidence leaving no stone unturned, as shown below.

The police officers to arrive at the accident scene will conduct an investigation to produce a written report. It is not a guarantee that the police report will be admissible in a court of law. But it will significantly help in proving your claim by spelling out crucial information such as:

Detailed information on the cost of treatment or medical bills, along with recovery prospects, is vital in solidifying your claim.
Witness statements

You’ll need eyewitnesses to corroborate your story by obtaining statements from them and even contact information. The witnesses can be persuasive towards the negligent driver’s insurance company if they don’t know you.

The most important takeaway here is to ensure the witness statements are taken as soon as possible. Again, it is because of the likeliness of the witness to forget over longer periods.

Images you’re supposed to take are that of;

It’s also advisable you take a video of the accident scene to make the case more compelling. Ensure you also include photos of any relevant evidence.

Preserving your clothes and motorbike at the scene of the wreck

Note that you have to maintain everything in the scene of the accident the way they are. These things include your clothes, the motorcycle’s current state. Ensure you don’t move anything for whatever reason; otherwise, you risk jeopardizing your chance at winning a reasonable compensation.

When the dispute between you and the insurance company escalates such that the case goes to trial, you’ll want to hire expert witnesses. These witnesses are professionals who can help you reconstruct the accident scene, establish your medical condition, and do other things. Such professionals are;

Seeking Compensation For A Motorcycle Accident From An Insurance Company

If you want to seek compensation, the process will be way smoother if you have a lawyer by your side. The lawyer will handle everything, including all the minor fees required to ensure that you receive your compensation.
Since you can only pay your fees after compensation settlement, your lawyer will work with your best interest in mind—the reason behind being that his legal fees are all dependent on the compensation you will receive.

It is worth noting that lawyering up when seeking compensation settlement is the best thing to increases your chances of success. There are many lawyers in this line of work. So, according to the statistics stated earlier, your chances of winning a settlement are pretty high in the initial stages. Lawyers for motorcycle accidents are the right type of lawyers to involve in motorcycle accidents. They will ensure that you get justice and fair compensation for what you have been through, or, if you are a dear one who was left behind you will get some compensation for the lost one and all the costs that came with the sad event, such as burial costs etc.

You May Also Want To Read… Experiencing a motorcycle accident can be the worst experience ever. The bike driver is so unprotected and thereby... 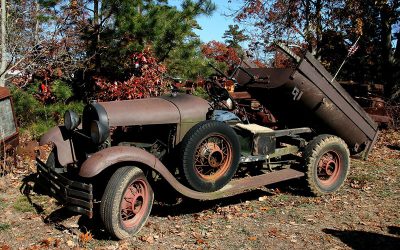